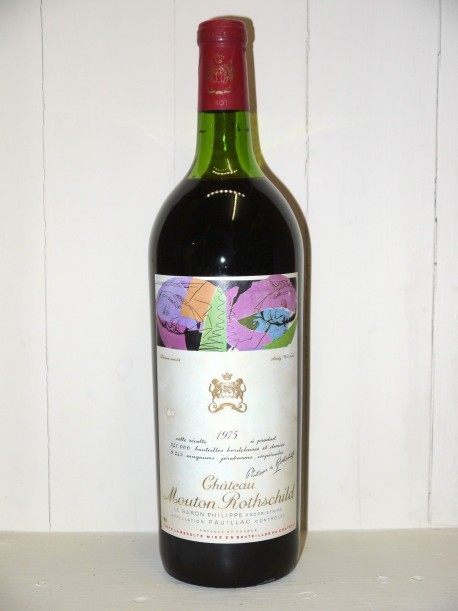 Notify me when available

The 1975 Château Mouton Rothschild is a Bordeaux red wine from the famous Pauillac appellation.

Falsely ranked Second Growth, it became a First Growth Bordeaux during the classification review in 1973 for the delight of the owner Baron Philippe de Rothschild.

Great vintaged wine, the 1975 Château Mouton Rothschild is a prestigious wine, sought-after in the world... especially in this rare magnum size.